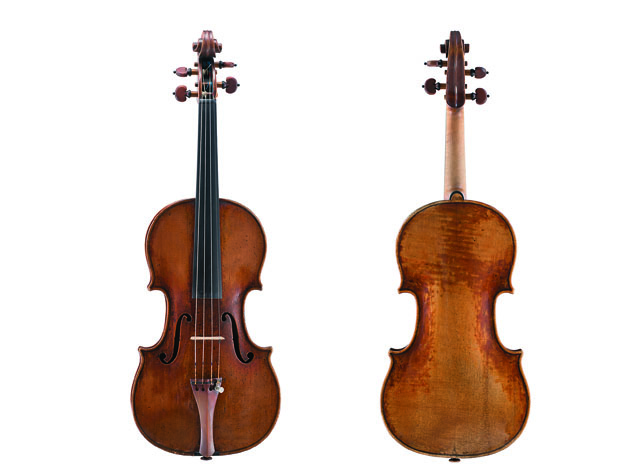 This violin is crafted with a two-piece spruce top; a faint, broad curl descending to the right marks the one-piece maple back. The maple ribs stand out compared to the other parts of the instrument. The violin bears a maple head. The original deep red varnish lies over a golden-yellow ground.
The violin was formerly owned by Heath, an English amateur player. W.E. Hill & Sons of London acquired the instrument in 1873 and subsequently sold it to another amateur player named Neil. After Neil’s death, this instrument and his others were bequeathed to one of the Scottish universities. Subsequently, the violin was again sold to the Hill company. The instrument was then passed on to Rudolph Wurlitzer of New York in 1941. Edward S. Cole then purchased the instrument.
This violin is an exceptionally bold and typical example of the maker’s work from the later period.
Misure

Displayed in  the exhibition “Rare Italian Stringed Instruments from the Sau-Wing Lam Collection” at the Metropolitan Museum of Art, New York, until June, 30th.
web: http://www.metmuseum.org/about-the-museum/press-room/exhibitions/2012/lam-collection