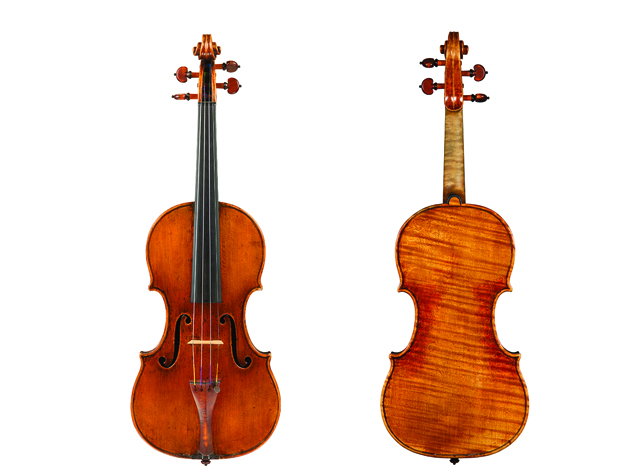 Paolo Diana was part of the Diana musical dynasty, along with his father Francesco and half-brother Gaetano. Francesco Diana, nicknamed ‘Spagnoletto’, was one the driving forces behind music in Cremona. On 20 January 1770, Wolfgang Amadeus Mozart arrived in the city with his father Leopold. That same evening, he attended a performance of La clemenza di Tito, a drama in three acts by the Neapolitan composer Michelangelo Valentini. A few days later, the very young Mozart wrote to his sister Nannerl: “In Cremona the orchestra is good, and the first violin is called Spagnoletto [Francesco Diana] …”. Paolo Diana was born three years after Mozart’s visit, and probably studied violin with his father as a boy before moving at a very young age to Naples, where he studied at the Conservatorio della Pietà dei Turchini.  During his long career in London, Paolo Diana would also play with Niccolò Paganini. In the summer of 1831, the virtuoso from Genoa performed in numerous recitals, and the posters printed for these concerts show Spagnoletti had the prestigious role of leader of the orchestra. We will never know whether, on those evenings, Paganini was struck “by the readiness, precision and elegance, by the vigorous sound, by the brilliant staccato and by the graceful adagio expression, all distinctive features of the Cremonese virtuoso”, as Spagnoletti was described by the Milanese Carlo Gervasoni in his Nuova teoria di Musica, published in Parma in 1812. What is certain, however, is that the two violinists were both performing on instruments made by Giuseppe Guarneri ‘del Gesù’: Paganini on his famous 1743 ‘Cannone’ violin, and the Cremonese musician, now an adopted Englishman, on a 1734 violin that now bears his name.