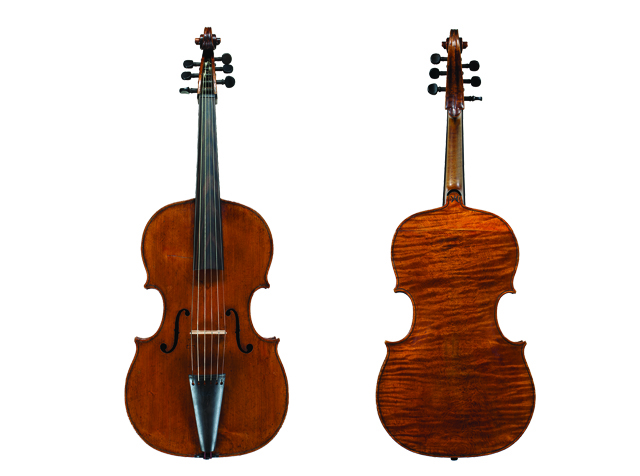 The Amati family is one of the main founders of the Cremonese violinmaking tradition. Andrea Amati (before 1511-1577) is the  founder of the dinasty and is also one of the main reformer of the violin. All the violin makers of the next eras are, in some measure, his followers. His sons Antonio (around 1540-1607) and Geronimo (around 1561-1630) further developed the kind of violin created by their father. Each brother had his own typical features; nonetheless, they became famous as makers of instruments they made together. The Amati brothers experimented on the sahpe of the body and of the belly, but they managed to continue the quality  of the sound and the elegance of the shape that was the characteristic the insturments by their father.

It is not possible to overestimate the influence of the Amati brothers on the others violinmaking tradition.  Their instruments were all around Italy and Europe. The incomparable  look  and the perfect construction features made the violin of Cremona models we use have used for ages  to determine the quality of an instrument.

The instrument exhibited among the instruments of the collection is one of the rare violas made by the Amati brother and preserved until now. The violas were frequently used for religious music, for folk music and for the court music. The tenor viola was popular between the XVI and XVIII centuries both as solo instrument and as instrument in an orchestra.

Because among the others instruments of the orchestra the viola had the role of the basso, the viola was often called  «viola da basso». Among the composer who wrote muic for this insturment, there are Johann Sebastian Bach, Georg Philipp Telemann, Francois Couperin.

For the back, the Amati brothers used maple wood with tangential cut. The instrument is almost entirely covered with original varnish.

Before it joined the State Collection at the end of the forties, the viola hab been transformed into a cello for  kid by an unidentified maker. In 1988, after the work of restoration by the violin maker A.S. Kocherghin, the instrument return to its original nature.