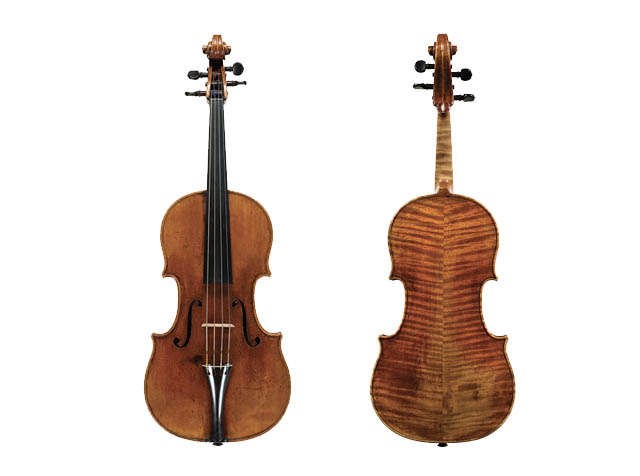 Minimum width of the middle bouts, taken at the narrowest point: 129

It is an average size viola and has a comfortable shape because the upper bouts are narrow. It has a noble tone that is very similar to the contralto.  The viola is one of the best instrument made by Antonio Stradivari that has been preserved till  nowadays.

During the thirties, the instrument belonged to the count Vielgorskij, director of the imperial theatres of  Saint Petersburg and a well  known music lover; the next owner wasHenri Vieuxtemps, who gave it to the General Volkov. In 1908 the viola was purchased by the collector A. Zhivago, and when he died the instrument joined the State Collection of unique musical instruments.